Posted By Sujit on Saturday 20th February 2021
Era of Green Revolution
High yielding varieties (HYVs) in Rice & Wheat were introduced in India in 1965-66 in Punjab, Haryana & western UP, under Green Revolution Program. HYVs were introduced to meet the food shortage for growing population in Independent India.
We all know that nothing come free of cost; even in nature. Therefore, to get extra, we need to put extra. Same was true in case of HYVs. Hence extra yield needed extra inputs, which was possible in the form of synthetic chemical fertilizers like Urea. Additional supply of Nitrogen to plants by Urea showed miraculous results during the early phase of Green Revolution. Those days, our soil was very fertile, hence HYVs instantly responded positively, to the extra dose of chemical fertilizers because soil was flourishing organic life (micro flora & micro fauna) in the rhizosphere (root zone of plants). 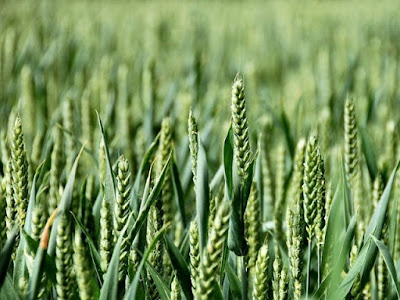 Farmers, encouraged with additional production, started applying more quantity of Urea, which showed constant increase in productivity; it was felt  that ‘green revolution’ was proving to be a boon for the country although rate of growth in yield was not at par with increase in production. As long as growth curve in production was reflecting upward direction in the state govt. statistics, it was not a worry some situation at all. Hence, India was happily moving ahead on the path of self sufficiency of food grain for 31/2 decades since 1965 till end of 20th century.
Green revolution: boon to curse
The basic difference in behavior of Man & Animal is that, the Quadrupeds don’t have greed. This greed led to the situation, where we are today. Indiscriminate usage of synthetic chemical fertilizers destroyed the ecosystem around the farms. Ground water table has gone deeper due to increased mining of water because increase in inputs demanded more water requirement. Increase in pest & disease incidence in crops compelled farmers to use synthetic chemical pesticides. Soil has lost its own fertility because its flora – fauna is killed by the toxic chemicals.
Transition phase: Biological methods
Scientists got in to correction mode to save environment but unfortunately resorted to a more damaging mode which is irreparable unlike the previous blunder. It all started with identification and usage of biological agents to control menace of pest problem. A very common soil bacterium called Bacillus thuringenesis (Bt) has been identified as natural (biological) control for larval stage (damaging stage for crops) of Diamond Black Moth, which is a serious pest in cabbage & cauliflower. Same bacterium is effective in controlling Cotton Bollworm, which is the serious pest in cotton.
Era of Gene Revolution:
Scientists went a step further to identify the ‘Gene’ responsible for the respective character or behavior in the particular organism, which acts in pest control. In the process of gene identification for specific purpose, genetic engineering program moved in two directions simultaneously; one in picking (literally sucking out from cell) & transferring (literally injecting) the gene with desirable character into the cell of that organism where this character is sought to be introduced where as second direction moved to develop specific chemical resistant crop varieties. The organism with this newly introduced gene is called Genetically Modified Organism (GMO).
Gene pollution: A man-made disaster in waiting
Today, many of the food items (fresh & raw as well as processed) are containing GMO. In USA, Corn & Soybean crops now have “Round-Up safe” GM varieties, released from Monsanto. Round Up (technical grade Glyphosate) is also a Monsanto product. It is a post emergence non selective herbicide (kills all types of plants) which is used to kill weeds in corn & soybean in the fields. The food items of corn & soybean from such fields contain the toxin in rather higher quantity. In India, GM crops are still restricted (kept by Govt.) R&D stage (exception is Bt Cotton). However, any food items which are made from corn & soya (imported from USA) may contain the toxin.
Scientists are experimenting with weird ideas like introducing Spider net protein (for its strength & elasticity) in goat milk; fish protein in cow milk; terminator gene to enhance shelf life of tomatoes etc. through GM technology. 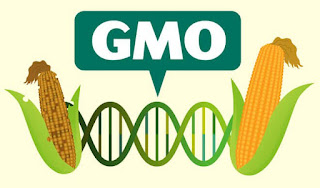 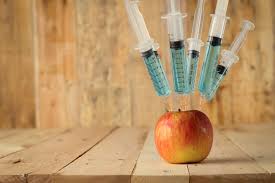 It is well known & well understood facts that only intra – genus, inter - species gene transfer happens in nature.
A simple example to understand the harm GMO may cause to our environment, let’s imagine
If Tiger is modified as herbivore to protect the Deer population from extinction or Deer is modified as carnivore to strengthen its defense capability against the Tiger. Just imagine.
Ecological balance will go for toss!!
*****
HealthyBuddha.in home delivers fresh organic fruits in Bangalore and North Goa.
Make the switch organic rice and cereals with Healthy Buddha and purchase from a wide range of rice and cereals such as Basmati rice, Brown rice, Mapillai Samba rice, Sona Masuri Rice, Poha, Oats, Millet, etc. Buy organic rice online and organic cereal online get it delivered to your home.