True Story of Why I Started Healthy Buddha

I started HB in 2014 at my Apartment in Whitefield, Bangalore.

But the idea was in the making much before that. Here is the true story behind it.

I grew up in an agricultural family. My father Murali is an award winning organic farmer based in Chennai.

Even though I grew up in the city; Farms, village life and clean air, water, and food was an absolute part of my childhood.

Every vacation would mean playing around our organic farms (we used to call it only farms then), Swimming in our ponds, Climbing Mango Trees, eating seasonal fruits, jumping on hay stacks, chasing hens, flying kites and so on. 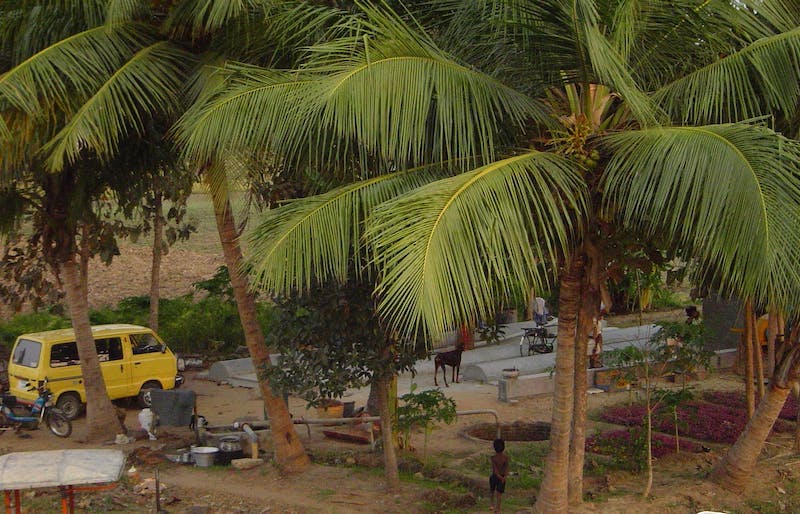 Our farms used to be about an hour's trip from Chennai in a small town called Chengalpattu. I still remember the early morning bus trips with my father.

I had some of my cousins about my age, living in Chengalpattu. So I used to absolutely love going there.

Never imagined then that I would be in a business related to farming later on. Promoting our traditional way.

My Father Murali who was doing various jobs, started getting into full time farming in the late 90s. He was very particular that it had to be only organic way of farming.

But they never found a proper avenue for selling their produce, one which appreciated the chemical free nature of the produce.

So right outside my house in Mylapore, Chennai - they gathered a bunch of their farmer friends and set up a Sandhai (Market in Tamil). It used to be called Sunday Shandy since it used to happen once a week on Sunday.

I still quite vividly remember the markets. Many of the farmers were super passionate about what they were doing. It was literally a movement. The kind of josh you have when you start something new. Something you truly believe in. Infact one farmer used to carry a banner "Poison Free Food Sold Here" to drive home the point of organic produce. (You can see it in the pic below.) 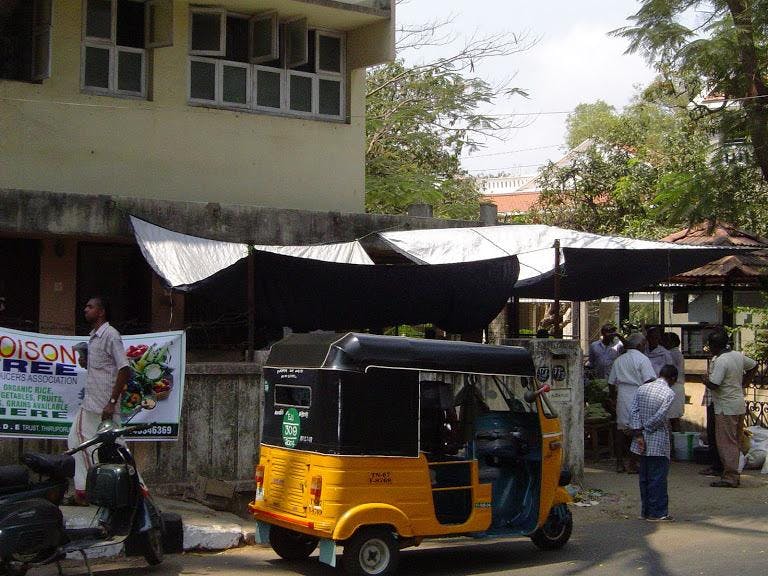 There used to be heated debates about why one should grow organic food, and how the government does not do much about it and so on. I think I was in college by then. I used to enjoy all the banter and the delicious organic fruits. In fact, I used to write bills for customers sometimes in the market. Never thought I would do something related to this later on.

Post my graduation, I went on to do my MBA outside India and I took the typical corporate career route. I worked in US, Bangalore, Delhi, and Singapore. I met my wife Vidya in Delhi and got married. My Son was born a couple of years later.

While I always nurtured this idea of running a business at some point. That "some point" did not seem close since I pretty much got caught in the rat race of earning salary, paying EMIs, school fees and so on.

After an exciting stint in Singapore where I worked for Unilever, I came back to the comfort zone of Bangalore in 2011, and settled down. My Daughter was born by 2013. We became a full fledged family.

As much as I wanted to, I could not find a reliable source for chemical free produce for my own kids in Bangalore. I was giving them whatever was available nearby, without really giving much thought to where the food was coming from and how it was grown. It bothered me.

But, Organic produce was not something that was easily available then. There was no one stop store. There was no store that was getting it directly from organic farmers. Nor did the stores inspire much confidence with regards to authenticity.

At the same time, I saw many of the organic farmers I knew, not having good avenues for selling their produce. They ended up selling at very low prices in regular market, which did not do justice to the amount of effort they had put in towards growing chemical free organic produce.

So there was a clear need.These organic farmers were really good at what they did. Their produce really stood out in terms of taste and quality. Some had even won awards. For instance, the Jaggery from our Farmer Anthony was one of the best we had come across. He had won awards for his organic farming methods. Another example is our organic farmer who grows our green grapes. The grapes were really really sweet. There were so many such farms and products. 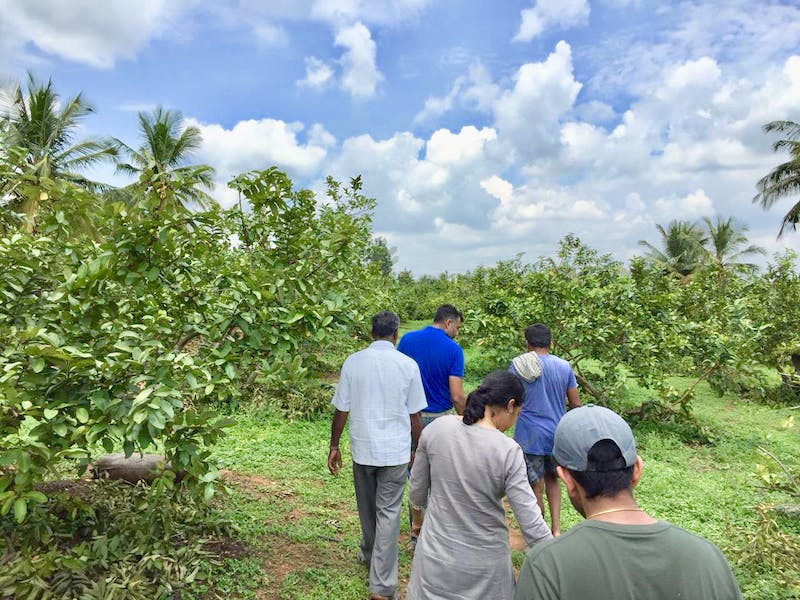 By taking each of these amazing farmers and their products to a larger customer base, we would be creating a win win situation for both farmers and customers.

More than anything, I needed these products and this kind of service for my own family.

That was the genesis of HB.

Our focus would be purely on organic. At the same time, we did not want to be a generic platform that sells any and every product tagged organic, but only the best ones that we would personally use for our own family. This later became the guiding mantra. 'We will curate. We will pick and choose only the best.'

But, I did have a lot of self doubts and fear about whether it will succeed.

Meanwhile, I was doing well in my career at Capgemini. I had set up a CFO/ Finance Analytics team from scratch and was working under a great boss who I respected a lot. So, to a large extent, the role fed my entrepreneurial needs. But then my boss decided to move on from the company. That really gave me the final push to pursue this dream aggressively and then later on quit my job.

So in early 2014, I decided to take the plunge and start an online organic store. I brought in one of my old colleagues Anurag to partner with me.

Thanks to my earlier stint in Singapore, I could clear off most of my home loan. Whatever loan balance was remaining, I decided to use a portion of my PF and clear the loan so that I don't have the burden of EMI. I still had some savings with which I could manage my personal expenses for a year or so.

I said to myself that I will give it a try for a year or two, and in case it does not work, I will go back to my corporate life. At least, I would not repent later that I did not give it a shot.

Healthy Buddha was Born. It has been 8 years since, I have not looked back at my corporate career. 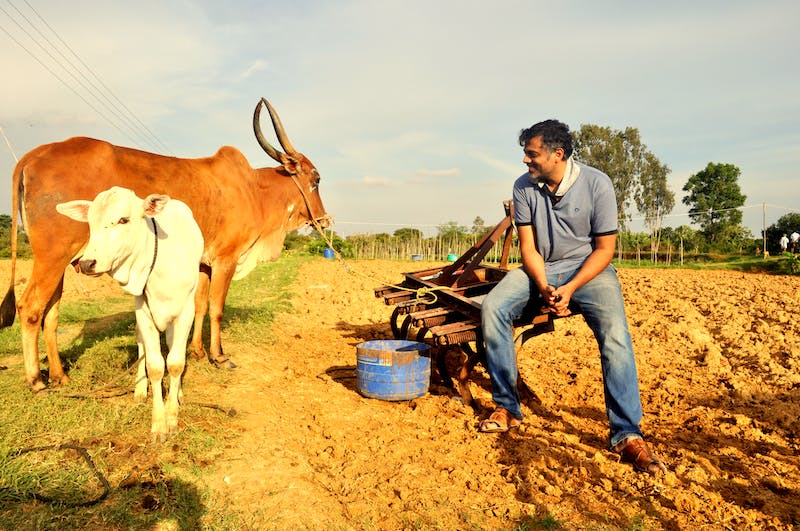