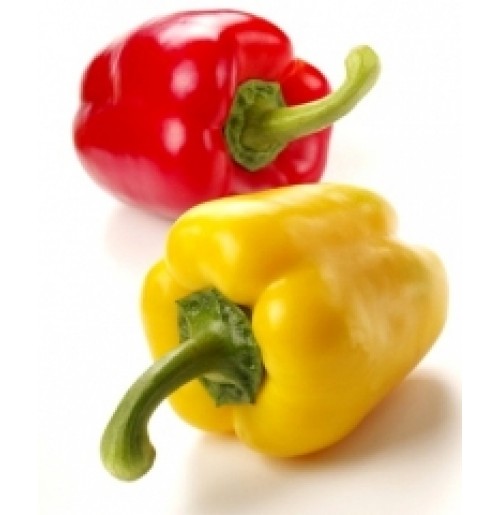 Capsicums or bell peppers remain the favourite of all healthy eaters. Red, green, yellow or orange, they all are essentially just green capsicums that have been allowed to ripen. While the red capsicums are fully ripened and require more time to grow, the green ones are harvested earlier.

The differences between the taste, appearance, and aroma of all the varieties are not genetic but purely chemical, defined by the ripening process cycle in which they release a series of colorful, delicious natural compounds.

Yellow Capsicum: They are more mature than green ones. Interestingly, they have a fruity taste that is milder than orange and red ones. They are used in the grilled and roasted form

Red Capsicum : They are the most mature ones with bright color and sweet fruity taste. Rich in carotenoid phytonutrients and vitamin C, they contain almost eleven times more beta-carotene than green capsicums. They are also served best in form of salad or dish toppings in roasted or grilled form.