The earliest references to cheese production in Greece date back to the 8th century BC , The Greek word "feta" comes from the Italian word fetta which means slice. 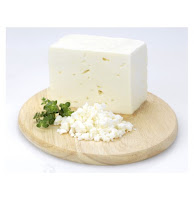 Another cheese from our cheese makers. Feta is a pickled curd cheese that has a salty and tangy taste enhanced by the brine solution (liquid floating in the packet). This version is slightly different from the traditional Feta wherein it is made from cow's milk (vs goat / sheep). 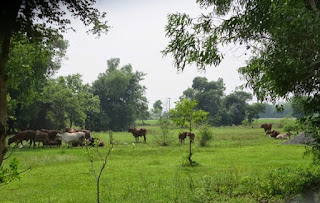 No animal rennet used in the production of the cheese. The cheese is made with vegetarian rennet and a special feta culture. After that it is seasoned for minimum 2 months in our cool room.Comes from a farm in Pondicherry which has a dairy of around 25 crossbred indigenous cows. The dairy is fully integrated into the farm and the animals are mainly fed on fodder grown on the land and are grazed throughout the farm with a movable electric fence.The cows get some extra concentrate which consists mainly of organic millets which are mostly purchased . The farm and dairy are both organically certified by IMO India. 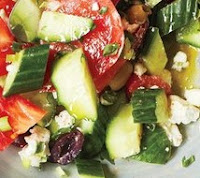 Feta can be used a table cheese or in your salads, soups, pizza or pie. It tastes delicious with olive oil, roasted red peppers and nuts. If required, it can be washed under water to remove the extra saltiness.A simple salad that can be made from 6 cups of chopped cucumbers, 2 pieces of tomatoes finely cut, 1 bunch of scallions chopped, 1 cup olives, and 1/2 coarse chopped mint with about 500 gms of feta cheese and put all of them into a lage bowl. Whisk 6 tbs of olive oil and 1/4 cup of lemon juice in a small bowl; season dressing with salt and pepper. Pour dressing over salad; toss to coat. Season to taste with salt and pepper as per taste. Sprinkle remaining half of feta over and serve.FYI, at times these cheeses tend to develop a speck of fungus (blue black mould kind of growth) which is not unusual for such kind of cheese. Which only goes to show that the cheese is real and alive and not pumped with preservatives and artificial additives. One can simply remove the fungus and consume.